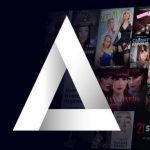 Adult Time! Too lonely to Netflix And Chill? No worries, pal. I got something that will cheer you right up. Adult Time aka the Premium Adult Digital Entertainment Network won’t get you laid quite the same way as getting a woman drunk while showing her chick flicks, but they do have a metric fuck-ton of dirty movies to shake your dick at. You’re going to get off either way, right? You won’t even have to order the broad a pizza.

At the bottom of the page is a big blurb explaining What Is Adult Time. They dance around the fact some more, but goddammit, what they’re describing is Netflix, only full of uncensored adult TV shows, movies, and series.

The site has been mentioned in places like The Washington Post, Forbes and Rolling Stone, but who really cares? So was the fucking Segway. I’m more interested in this trial they’re offering, just like another site whose name rhymes with Wet Chicks. (Unlike Netflix’s freebie month, it turns out AdultTime’s trial is only 3 days and costs 3 bucks.)

A Familiar Layout, But Full of Sex

Once you get logged in, the main page of AdultTime looks really familiar. I swear I’ve seen this exact layout before, only it was full of non-pornographic movies and shows. There are rows of Latest Adult Time Updates and Recommended Scenes just for me, everything on top of a clean black background. The latest one, posted today, is a girl-on-girl taboo scene that I am already downloading, courtesy of the convenient button built into the thumbnail.The familiarity is comfortable. It’s just the sex-fueled version of something you’re already used to. The movie posters sliding across the top of the screen look a hell of a lot more appealing than the Bird Box, even if the women aren’t blindfolded. Not all of them, anyway.

I’m intrigued by the poster for something called Maid For Each Other. The photo is actually pretty clean, and maybe that’s why I want to see the girls in it get so dirty. I click through and find an opportunity to check out a Girlsway Original Mini-series.

The production values are solid, which is something I noticed in more of AdultTime’s offerings as I browsed the site. I was worried they’d have to pad that giant catalog with some wonky-eyed crackwhores or something, but I didn’t find any bullshit productions. This is all good, polished studio smut.

So Many Beautiful Girls to Choose From

I fell in love with this young slut Scarlett Sage as I was watching her work that pussy, so I needed to see what else she’s got on the site. I clicked my way through to her profile, which is actually a little light on information. You won’t find a bio or even stats, but there is a lot of porno to look at and that’s really what you came for.Scarlett actually has 30 movies on AdultTime already, so I’ll be busy for a while. I’ll have to cancel my evening feeding and defecating routine. There are photo sets as well, most of which are pulled directly from the movies.

She’s been in material for a half dozen of the site’s channels, including All Girl Massage, Mommy’s Girl, and Web Young. I got curious what else I could find channel-surfing, so I hit the Channels page.

Cheaper Than Cable TV, and With More Nudity