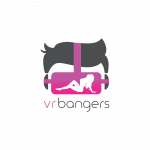 The whole presentation is more than enticing enough to lead me to the Join page. Before I could even check out the prices, a photo of Abella Danger popped up with a special offer to get access for $0.50 USD per day. As you may be aware, Abella has one of the most scrumptious White girl booties in the industry right now. A peek is worth more than that, even in plain ol’ 2D like the savages beat off to.

Cheaper Than an Escort, and Cleaner

As with any decent paysite, you get a lower rate with a longer membership. If you really want to go all-in on the 3D humping, they offer a bundle that also includes their tranny site and access to a VR sex game called SinVR.

This ain’t no rinky-dink bullshit operation, so they’ve got formats compatible with all the major devices. Oculus, Gear VR, Windows MR, and PSVR are all good to go, and it’ll even work with Android and iOS gadgets if you’re old-school like that. They’ve got an app if you’re straddling that VR/phone line.

Banging Out the VR Bang Flicks

Pick A Scene and Stick Yourself In It

Wouldn’t you know it? Tutti Frutti with Casse Del Isla was uploaded just a few days ago. It’s an hour-long and nearly 13 gigs, so tell your boss you have really bad diarrhea. You’re going to be in the restroom all day, and you need that plastic space helmet for medical reasons.

It’s hard to express my enthusiasm for VRBangers in words, but I know the other subway passengers knew exactly how much I enjoyed it. This is easily one of your best choices if you’re trying out virtual reality self-gratification for the first time, or if you just haven’t been impressed with some of the other sites out there. These guys are putting out some of the best content with the best talent in the business, and their collection size is nothing to scoff at.