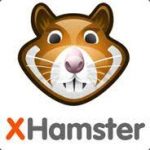 From here, you can filter search results by gender (including trans, genderqueer, and intersex individuals), sexual orientation (everything from hetero, to pansexual, to asexual), age, country, state, and city. User profiles include a short bio, photos, and videos (if they have any), the ability to friend request, subscribe, and send messages.

A Little Something for Everyone